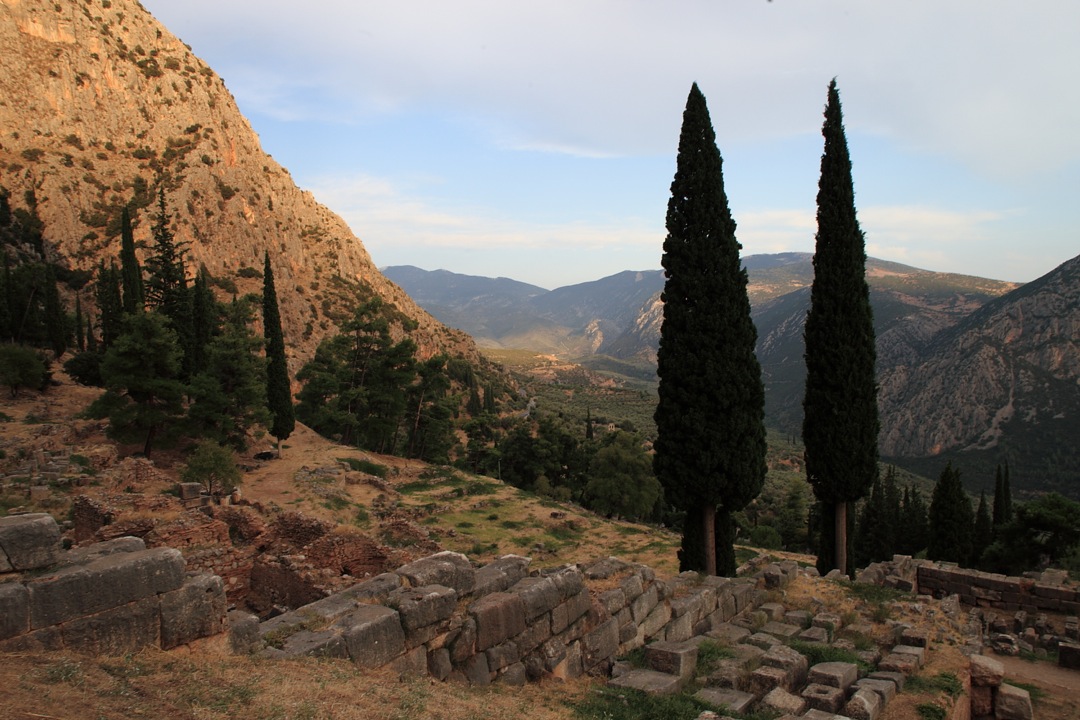 In the fourth concert of The Incense of Music we present composer and saxophone player Hayden Chisholm from New Zealand together with percussionist Evi Filippou from Greece. Their music, interpreted with an alto saxophone, a sruti box and vibraphone, will interact in the gallery’s space with two exclusive fragrances burnt in different sets: Dammar, a resin from the Agathis Australis trees from the north of New Zealand, and needles and wood of a Cypress tree which is growing in the areal of the legendary Temple of Delphi, considered to be by Ancient Greeks the center of the world and the site of the famous Oracle. Four protagonists from two different countries, different cultures, different natures, in a multisensory meeting with the exposed artworks by Aharon Ozery, Roland Stratmann and Christine de la Garenne, a pagan ritual focussed on pure sensorial perception and open to something we could eventually also call spirituality. 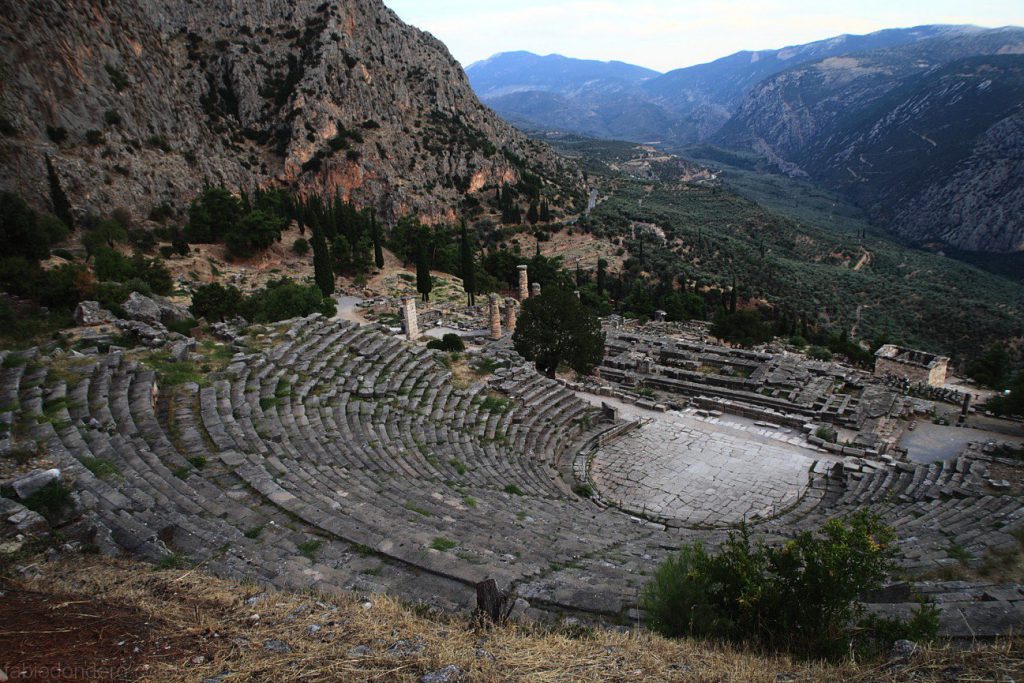 Incense is used for a variety of purposes, including ceremonies in all the major religions, spirituality, aromatherapy, meditation and for simple pleasure.  Fragrances appeal on the most neglected sense of modern times: the olfactory. Fragrances affect the human spirit, influence its perception, open new experiences. These qualities suggest to combine this ancient art, present in any culture, with music and visual arts in a synaesthetic project between seeing, listening and smelling, enhancing the sensory experience created from the convergence of images, scents and sounds in the brain.

Agathis australis, commonly known by its Maori name kauri, is a coniferous tree of Araucariaceae in the genus Agathis, found north of 38°S in the northern districts of New Zealand’s North Island. Kauri forests are among the most ancient in the world. The tree has smooth bark and small narrow leaves. Agathis australis can attain heights of 40 to 50 metres and trunk diameters big enough to rival Californian sequoias at over 5 metres. The largest kauri trees did not attain as much height or girth at ground level but contain more timber in their cylindrical trunks than comparable Sequoias with their tapering stems. Although today its use is far more restricted, in the past the size and strength of kauri timber made it a popular wood for construction and ship building, its resin, in the late 19th and early 20th centuries, a valuable commodity particularly for varnish. Most is produced by tapping trees; however, some is collected in fossilised form from the ground. The gum varies in colour from clear to pale yellow, while the fossilised form is grey-brown. The word Dammar means in the Malaysian language light, the gum is a triterenoid resin, containing a large number of triterpenes and their oxidation products, its scent when burnt fresh and lemonlike. 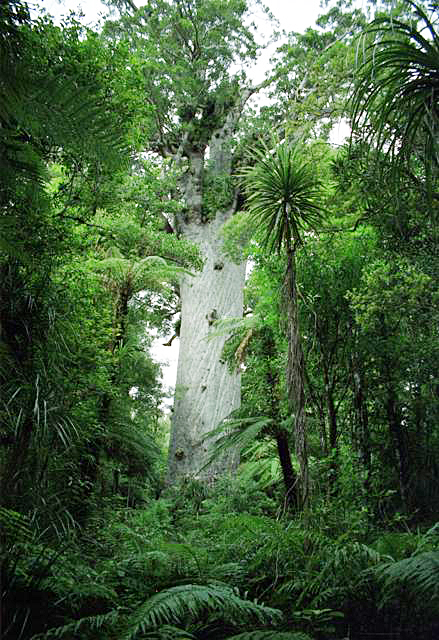 Cupressus sempervirens, the Mediterranean cypress (also known as Italian cypress, Tuscan cypress, graveyard cypress, or pencil pine), is a species cypress native to the eastern Mediterranean region, in Libya, Albania, Croatia, Greece, Turkey, Cyprus, Egypt, Syria, Lebanon, Israel, Malta, Italy, Jordan and Iran. C. sempervirens is a medium-sized coniferous evergreen tree to 35 m (115 ft) tall, with a conic crown with level branches and variably loosely hanging branchlets. It is very long-lived, with some trees reported to be over 1,000 years old. It is also known for its very durable, scented wood, used most famously for the doors of St. Peter’s Basilica in the Vatican City in Rome. In classical antiquity, the cypress was a symbol of mourning and in the modern era it remains the principal cemetery tree in both the Muslim world and Europe. In the classic tradition, the cypress was associated with death and the underworld because it failed to regenerate when cut back too severely. The poet Ovidrecords the best-known myth that explains the association of the cypress with grief. The handsome boy Cyparissus, a favorite of Apollo, accidentally killed a beloved tame stag. His grief and remorse were so inconsolable that he asked to weep forever. He was transformed into cupressus sempervirens, with the tree’s sap as his tears.

For this special occasion we will burn needles and wood from a cypress tree growing in the ancient temple of Delphi.

Hayden Chisholm (born 1975) is a New Zealand saxophonist and composer. After studying in Cologne with a DAAD scholarship he continued his music studies in Japan in India. In 1995 he developed a radical new microtonal system he termed “split scales” for saxophone which he revealed on his debut solo CD “Circe”. Since then  his compositions have been recorded by BBC and WDR radios and he has toured and recorded extensively  with the likes of Root70, WDR Big Band, Musikfabrik Ensemble, and David Sylvian. He has created music for several Rebecca Horn installations as well as composing scores for her films. He has taught at Universities throughout the world and gives yearly master classes in Greece. He curates the annual Plushmusic festival in Cologne and Bremen. In 2013 he released the 13 Box Set “13 Views of the Heart’s Cargo” and received the German SWR Jazz Prize.

Evi Filippou Evi Filippou is a percussionist from Volos, Greece. After graduating in percussion and theory with “Excellence and 1st Prize” in the class of the Volos Municipal Conservatory she began Bachelor degree studies at the Hanns Eisler Conservatory in Berlin. During her studies in Greece she joined the Volos Youth Symphony Orchestra and later the Volos Symphony Orchestra and took piano, choir and conducting lessons. In 2009 as a scholar of the “Megaron- the Athens Concert Hall”, she made her first solo performances in Athen’s concert main hall. She has performed with orchestras and ensembles in Greece, Cyprus and Germany including the Camerata, Bolshoi Ballet Orchestra, Cyprus Symphony Orchestra, Orchestra of Konzerthaus Berlin. She is a founding member of the “Opera Lab Berlin” ensemble, an independent ensemble that specializes in music theater performance. In 2014 together with saxophonist Hayden Chisholm she formed a percussion-saxophone duo playing contemporary and original compositions. Their debut CD will be released on the Moontower Foundation edition in January 2016. They have performed in Greece, New Zealand, France and Germany. She lives, studies and works in Berlin