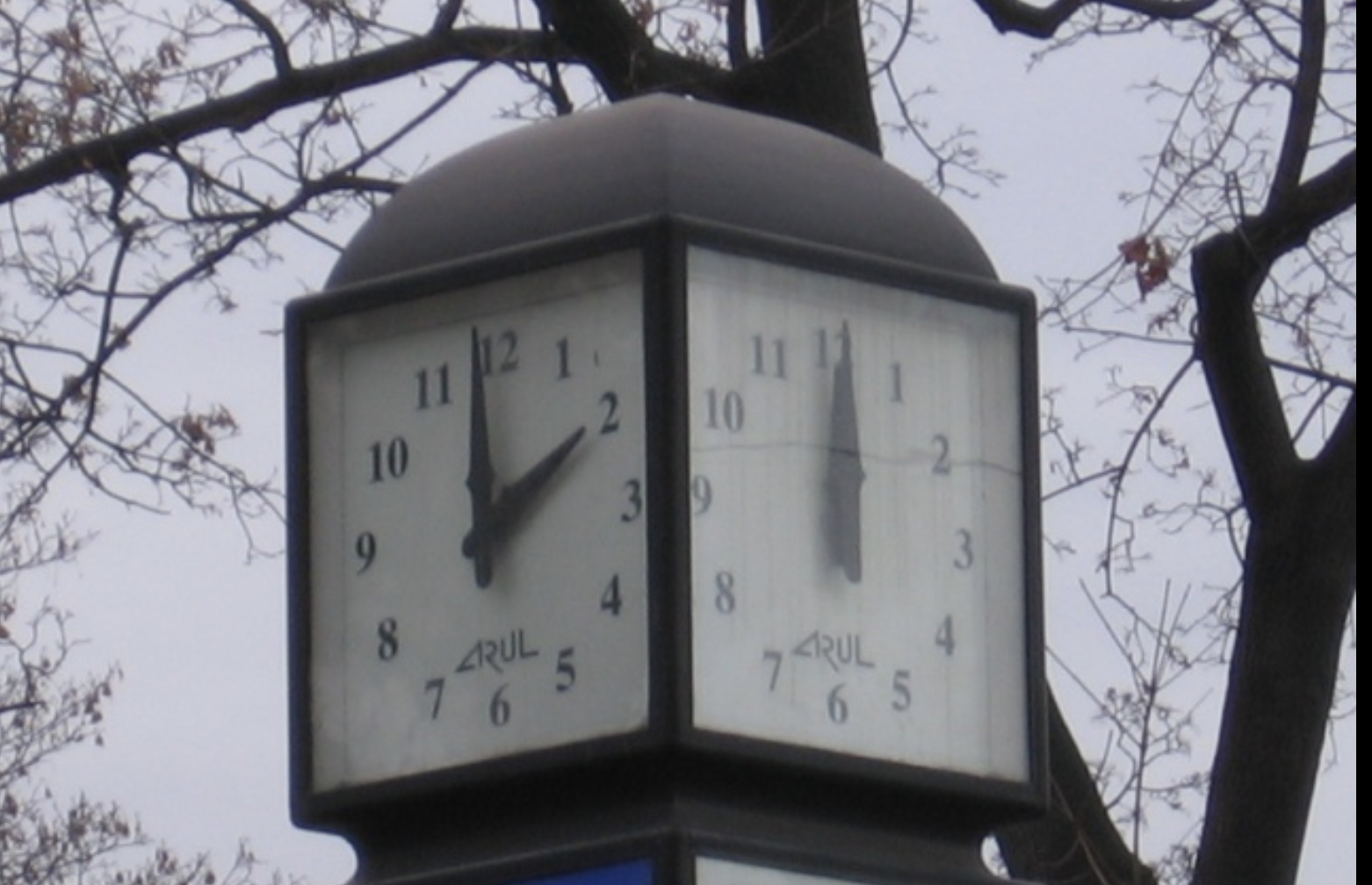 Incense of Music Nr. 33 brings an Italian jazz guitarist and his band inspired by errors together with scents from Chile and Australia, Boldo and Sandalwood.  Idea global, location is Pandatheater, an evening for the senses. For guests who are particularly sensitive to smoke, this event is not recommended. 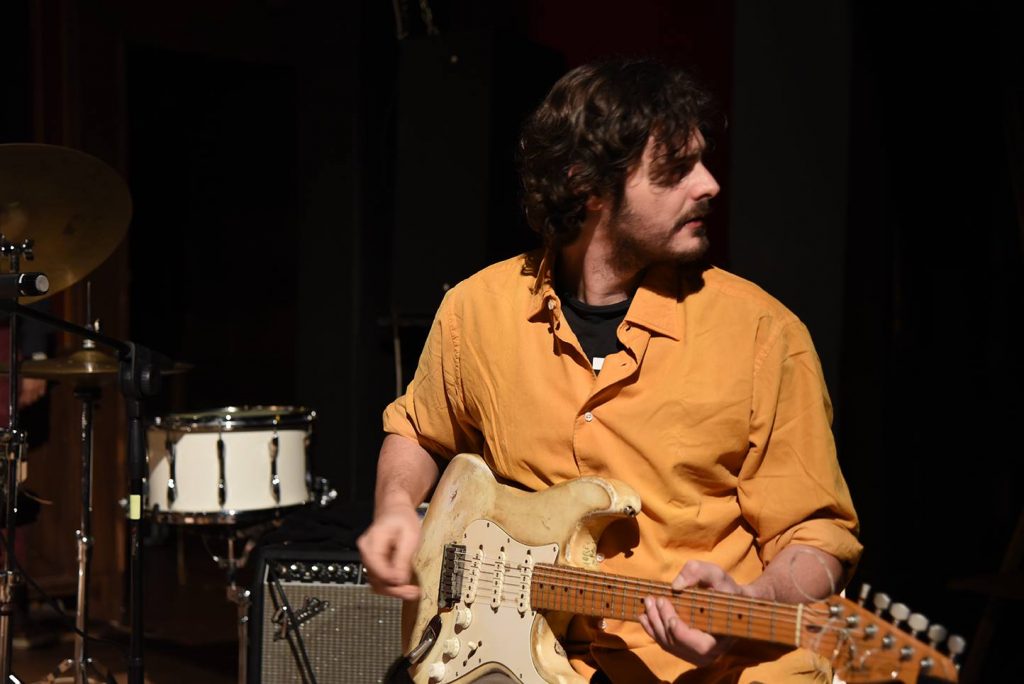 Glorification of errors is the basis for Manlio Maresca’s Berliner Band, acclaims refined music wrongness. The Italian guitar player leads Manual for Errors, a project featuring , Eldar Tsalikov (alto sax), Igor Spallati (double bass), and Ugo Alunni  (drums). The composition area he works in lets the margin of error be the foundation of a revolutionary creative discovery. Extemporary music inspirations rule an accurate research of a “sound mistake” within a well-defined jazz structure.

Peumus boldus, the only species in the genus Peumus, is commonly known as boldo (from the Mapudungun name foḻo). This tree of the family Monimiaceae is natively endemic to the central region of Chile, occurring from 33° to 40° southern latitude. Boldo has also been introduced to Europe and North Africa, though it is not often seen outside botanical gardens. Together with litre, quillay, peumo, bollén and other indigenous plants, it is a characteristic component of the sclerophyllous forest endemic to central Chile. Its leaves, which have a strong, woody and slightly bitter flavor and camphor-like aroma, are used for culinary purposes, primarily in Latin America. The leaves are used in a similar manner to bay leaves and also used as an herbal tea, primarily in Chile, Bolivia, Argentina, Paraguay, Peru, Uruguay, Brazil and bordering countries in South America. Although not well known, boldo fruits, which appear between December and February, are very tasty, nutritious, small, green, edible spheres. In Brazil, Argentina, Chile, Uruguay, and Paraguay boldo is mixed with yerba mate or other teas to moderate its flavor. Some families keep a boldo plant at home for this purpose, although boldo teabags are readily available in nearly all supermarkets. Boldo and plants with similar properties are widely used as mild folk medicine in various South American countries in both urban and rural areas, even among people who do not usually drink herbal teas other than mate beverage. Boldo is in the family Monimiaceae, which is closely related to the family Lauraceae (which includes many other plants used for their aromatic leaves, such as cinnamon, cassia, bay leaf, and camphor laurel.) (from Wikipedia)

Sandalwood is a class of woods from trees in the genus Santalum. The woods are heavy, yellow, and fine-grained, and, unlike many other aromatic woods, they retain their fragrance for decades. Sandalwood oil is extracted from the woods for use. Both the wood and the oil produce a distinctive fragrance that has been highly valued for centuries. Consequently, species of these slow-growing trees have suffered overharvesting in the past century. Sandalwoods are medium-sized hemiparasitic trees, and part of the same botanical family as European mistletoe. Notable members of this group are Indian sandalwood (Santalum album) and Australian sandalwood (Santalum spicatum); others in the genus also have fragrant wood. These are found in India, Nepal, Bangladesh, Pakistan, Sri Lanka, Australia, Indonesia, Hawaii, and other Pacific Islands. Producing commercially valuable sandalwood with high levels of fragrance oils requires Santalum trees to be a minimum of 15 years old (S. album) the age at which they will be harvested in Western Australia – the yield, quality and volume are still to be clearly understood. Yield of oil tends to vary depending on the age and location of the tree; usually, the older trees yield the highest oil content and quality. Australia likely will be the largest producer of S. album by 2018, the majority grown around Kununurra, Western Australia. Sandalwood oil has a distinctive soft, warm, smooth, creamy, and milky precious-wood scent. It imparts a long-lasting, woody base to perfumes from the oriental, woody, fougère, and chypre families, as well as a fixative to floral and citrus fragrances. When used in smaller proportions in a perfume, it acts as a fixative, enhancing the longevity of other, more volatile, materials in the composite. Sandalwood is also a key ingredient in the “floriental” (floral-ambery) fragrance family – when combined with white florals such as jasmine, ylang ylang, gardenia, plumeria, orange blossom, tuberose, etc. Sandalwood oil in India is widely used in the cosmetic industry. The main source of true sandalwood, S. album, is a protected species, and demand for it cannot be met. Many species of plants are traded as “sandalwood”. The genus Santalum has more than 19 species. Traders often accept oil from closely related species, as well as from unrelated plants such as West Indian sandalwood (Amyris balsamifera) in the family Rutaceae or bastard sandalwood (Myoporum sandwicense, Myoporaceae). However, most woods from these alternative sources lose their aroma within a few months or years.

Indian sandalwood is very sacred in the Hindu Ayurveda and is known in Sanskrit as vhandana. The wood is used for worshipping the god Shiva, and it is believed that goddess Lakshmi lives in the sandalwood tree. The wood of the tree is made into a paste using sandalwood powder, and this paste is integral to rituals and ceremonies, to make religious utensils, to decorate the icons of the deities, and to calm the mind during meditation and prayer. It is also distributed to devotees, who apply it to their foreheads or necks and chests. Preparation of the paste is a duty fit only for the pure, so is entrusted only to priests when used in temples and during ceremonies. The paste is prepared by grinding wood by hand with granite slabs shaped for this purpose. With the gradual addition of water, a thick paste forms (called kalabham “കളഭം” in Malayalam language and gandha ಗಂಧ in Kannada) and is mixed with saffron or other such pigments to make chandanam. Chandanam, further mixed with herbs, perfumes, pigments, and some other compounds, results in javadhu. Kalabham, chandanam, and javadhu are dried and used as kalabham powder, chandanam powder, and javadhu powder, respectively. Chandanam powder is very popular in India and is also used in Nepal. In Tirupati after religious tonsure, sandalwood paste is applied to protect the skin. In Hinduism and Ayurveda, sandalwood is thought to bring one closer to the divine. Thus, it is one of the most used holy elements in Hindu and Vedic societies.  Sandalwood use is integral part of daily practices of Jainism. Sandalwood paste mixed with saffron is used to worship tirthankar Jain deities. Sandalwood powder is showered as blessings by Jain monks and nuns (sadhus and sadhvis) to their disciples and followers. Sandalwood garlands are used to dress the body during Jain cremation ceremonies. During the festival of Mahamastakabhisheka that is held once in every 12 years, the statue of Gommateshwara is then bathed and anointed with libations such as milk, sugarcane juice, and saffron paste, and sprinkled with powders of sandalwood, turmeric, and vermilion. Sandalwood is mentioned in various suttas of the Pāli Canon.

In some Buddhist traditions, sandalwood is considered to be of the padma (lotus) group and attributed to Amitabha Buddha. Sandalwood scent is believed by some to transform one’s desires and maintain a person’s alertness while in meditation. It is also one of the most popular scents used when offering incense to the Buddha and the guru. Sufism In sufi tradition, sandalwood paste is applied on the sufi’s grave by the disciples as a mark of devotion. It is practiced particularly among the Indian Subcontinent disciples. In the Tamil culture irrespective of religious identity, sandalwood paste or powder is applied to the graves of sufis as a mark of devotion and respect. Sandalwood, along with agarwood, is the most commonly used incense material by the Chinese and Japanese in worship and various ceremonies. However, some sects of Taoists, following the Ming Dynasty Taoist Manual, do not use sandalwood (as well as benzoin resin, frankincense, foreign produced) incense and instead either use agarwood, or better still Acronychia pedunculata, in worship. In Korean Shamanism, sandalwood is considered the Tree of Life. Zoroastrians offer sandalwood twigs to the afarganyu, the urn in which the fire is kept at the fire temple (called agiyari in Gujarati and dar-e mehr in Persian), to keep the fire burning during religious ceremonies. After the firekeeping priests complete the ceremony, attendees are allowed to come up to the afarganyu and place their own pieces of sandalwood into the fire. Fire has been a sacred symbol in the Zoroastrian religion since ancient times and it is considered very important to keep the fires in the temples constantly burning. Because of its high sensitivity to fire, sandalwood works very well for this. Also, the wood has been accepted by the Yasna and Yashts as an appropriate fuel for the fire. It is offered to all of the three grades of fire in the fire temple, including the Atash Dadgahs. Sandalwood is not offered to the divo, a smaller lamp that is kept in the homes of Zoroastrians. Often, money is offered to the mobad (for religious expenditures) along with the sandalwood. Sandalwood is called sukhad in the Zoroastrian community. The sandalwood in the fire temple is often more expensive to buy than at a Zoroastrian store. It is often a source of income for the fire temple. (from Wikipedia)