Artemisia absinthium L., common wormwood or wormwood (English: Wormwood, Greek Αρτεμισία το αψίνθιο) has its natural occurrence in the temperate regions of Eurasia and in North Africa. Although the plant is often found in Europe and it is one of the medicinal herbs cultivated in the monastery gardens for centuries, due to its rather unassuming appearance, it is not recognized by many forest walkers. 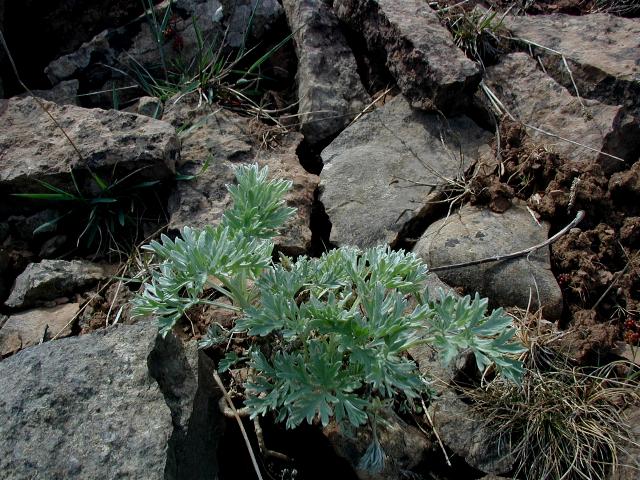 In botanical gardens, the specimens have often been picked completely by the visitors and there is very little left to see. Wormwood mostly remains of herbaceous growth and reaches heights of approx. 40-60cm, rarely over one meter. The upright, densely leafed rungs emerge from a horizontally growing rhizome, sometimes woody on the bottom and branching several times in the upper area. The plant develops bitter substances in a highly concentrated form, with absinthin as the main component. Their essential oils contain thujone, which is known to many from the percentages on absinthe bottles and is primarily responsible for the healing and harmful effects of absinthe. Due to the limit values applicable in Germany for the thujone and thus also the wormwood content in absinthe schnapps, even steadfast drinkers are hardly able to fathom the effects of wormwood without a deep alcohol intoxication. However, if you follow medieval instructions on the smoking procedure, such as the Speyer Herbal Book or Hildegard von Bingen formulate, the overlapping side effects of alcohol are eliminated. 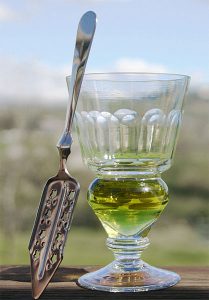 The wormwood plant was already used medically for a very wide range of indications in ancient times, for example against menstrual disorders, liver and kidney damage, jaundice, indigestion and much more. One of the oldest surviving documents of mankind, the ancient Egyptian papyrus Ebers (approx. 1600 BC), mentions wormwood several times as a medicinally magical plant (“Somi” or “Saam”).

The authors of ancient Greece also frequently referred to the Egyptian or Asia Minor Greek cultural distribution of the plant. Dioskurides tells of their ritual function with the Egyptians, Theophrast tells of the sheep on the Pontus, who lose their bile through eating Artemisia. In Greece, wormwood was probably the most important of the Artemisia species dedicated to the hunting and forest goddess Artemis, even if the Greek and Roman authors do not always make it clear which Artemisia species it is and the etymology of the plant name is not clear can be clarified. Artemis, the twin sister of Apollo and daughter of Leto, was one of the 12 original Olympic deities. According to legend, when she was born on Delos, the whole island smelled and swans circled the place. As a virgin-nymph-like and at the same time fruitful figure, Artemis is associated with the areas of application of wormwood in the medical-mythological therapeutic fields of menstruation, pregnancy, childbirth and the puerperium. Her favorite animals are deer, boar and wolf.

In her role as protector of young girls (called arktoi, i.e. bears), Artemisia develops unfortunate qualities. She punishes the hunter Aktaion into a deer when he voyeuristically surprises her and the walking nymphs with her while bathing; Aktaion is then torn apart by his 50 dogs, who no longer recognize him in animal form. In this way Artemisia and with it the absinthe is connected with magic formulas and magic curses.

The most important medical doctor and pharmacologist for the post-antiquity, both Islamic and Christian continuation of the Greco-Roman herbal recipes is Galenos of Pergamon. In his humoral pathological discussions, he starts from the four elements in nature, the four juices in the human body and the four qualities of the healing substances. He attributes the warm and dry quality to the wormwood and bitterness as a secondary quality. This therapeutic assessment of wormwood herbs was then adopted in the Middle Ages, for example by Hildegard von Bingen, Konrad von Megenberg and the Italian herbalist Pierre Andrea Mattioli. 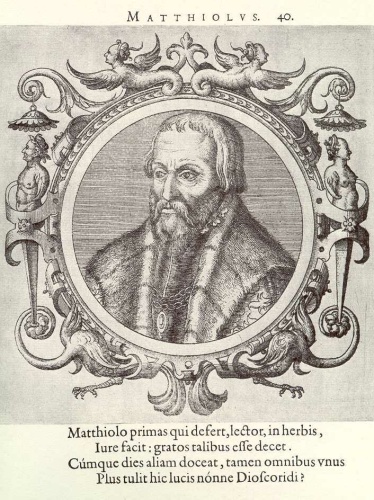 In Hildegard von Bingen’s medical herbalism, wormwood occupies a central place, almost that of classic universal medicine. She combined folk medicine with the instructions from Greco-Roman antiquity and the translations of these texts by Arab scholars in the 9th century.

Many centuries before the “l’heure de l’absinthe” started to be spoken in late-afternoon Paris, the herb was already added to alcoholic beverages. Hildegard and the Speyer herb book provide instructions on wormwood potions, ointments, plasters, envelopes – and wormwood smoke. She also recommends it as an effective remedy against witches and demons.

Not only in the Rhineland, but also in the homeland of the goddess Artemisia, in Greece, a medical-spiritual connection to the plant dedicated to her was maintained. When the addition of Artemisia absinthium to the distillery in Greece was restricted at the beginning of the last century, this gave the ouzo a great boost (similar to the pastis in France). One spoke of “absinthe without wormwood”.