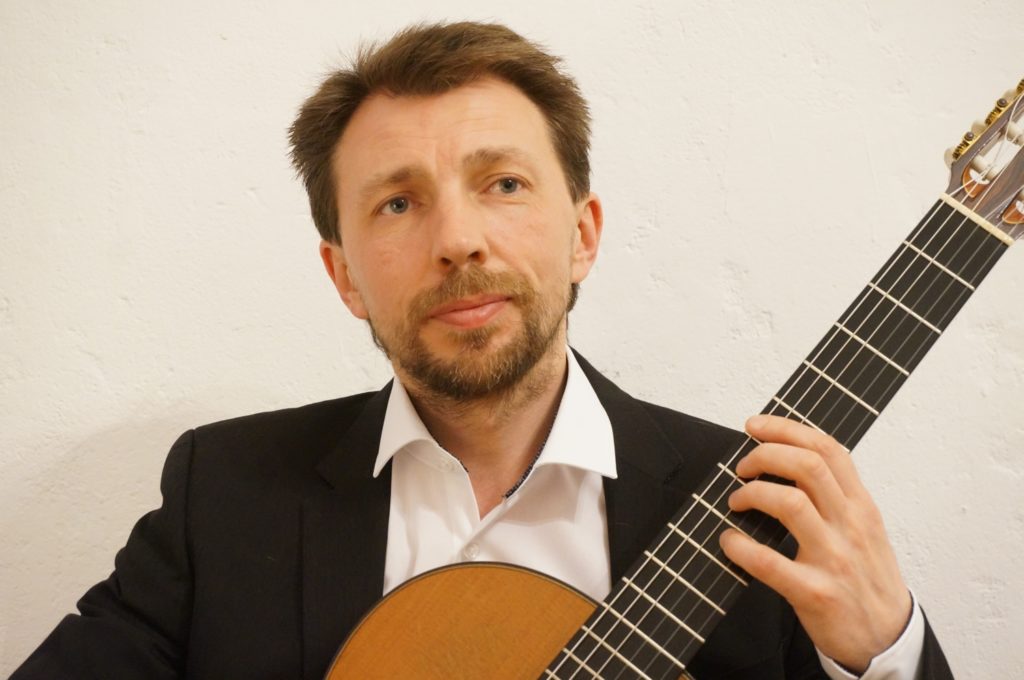 Viktor Maximov was born in the Northern Urals, almost on the Arctic Circle. He studied concert guitar in St. Petersburg and gave his first solo concerts, which were followed by tours through all the republics of the former Soviet Union. He has won many international competitions and festivals for classical guitar and gave many  i.e. concerts in the Vitebsk and St. Petersburg Philharmonic. He continued to study at the University of the Arts in Berlin and received his diploma in classical guitar in 2002. In 1993, Viktor gave the benefit solo concert “Magic Sound of the Guitar” in the wonderful Yussupov Palace. This magical sound – by no means always in the sense of classically beautiful, pleasing – still defines his compositional, interpretative, improvisational work. Musicians such as Paco de Lucia, Swjatoslav Richter, JS Bach, Carlo Domeniconi give him inspiration. Pepe Romero called Viktor Maximov’s tone a “… outstanding, incomparable …” It is the constant degree hike, the Viktor Maximov’s guitar is avant-garde … And in its incomparable tone the soul resonates.